This is a ciat-lonbarde instrument. The pcb was designed by meng-qi. The pcb was purchased from modular addict and was assembled during January of 2018. Had to source parts myself. 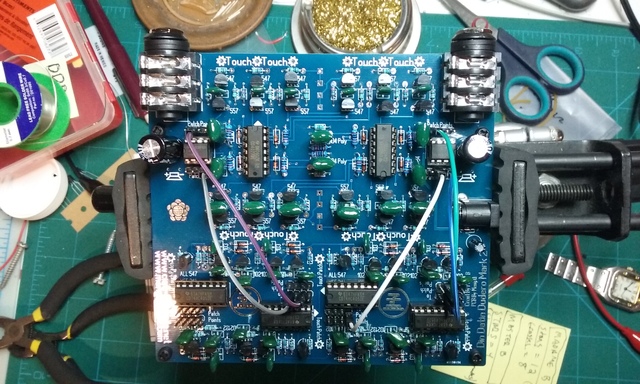 The idea for creating an enclosure began in 2019. I was able to stick pretty close to this initial idea, but some tweaking was needed as the project progressed. 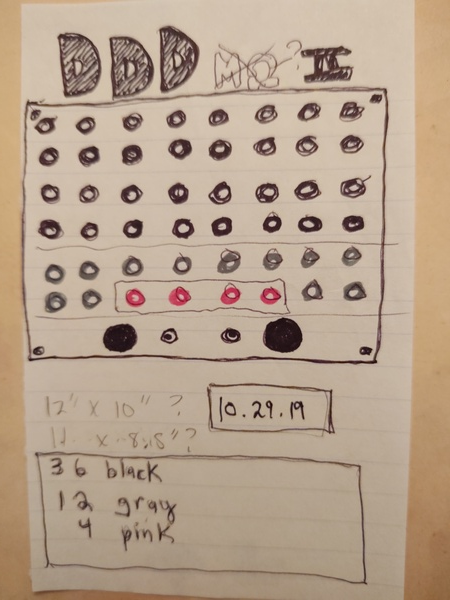 The enclosure required drilling gobs of holes in acrylic sheet. My strategy was to tape both sides of the sheet with blue painters tape. Next, I started with a small dremel bit and gradually increased drill bit sizes. Finished holes with hand reamer. 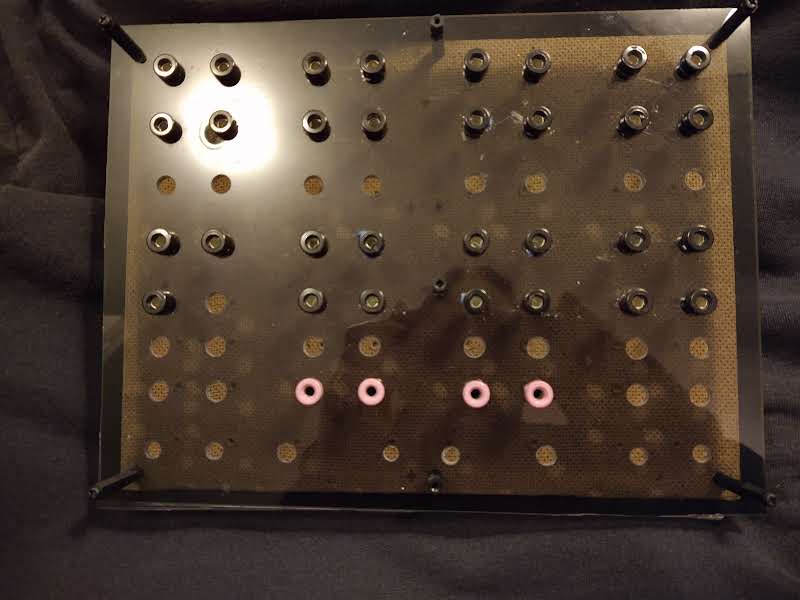 Wiring was done during November of 2019. Infernal Spaghetti (it got much worse). 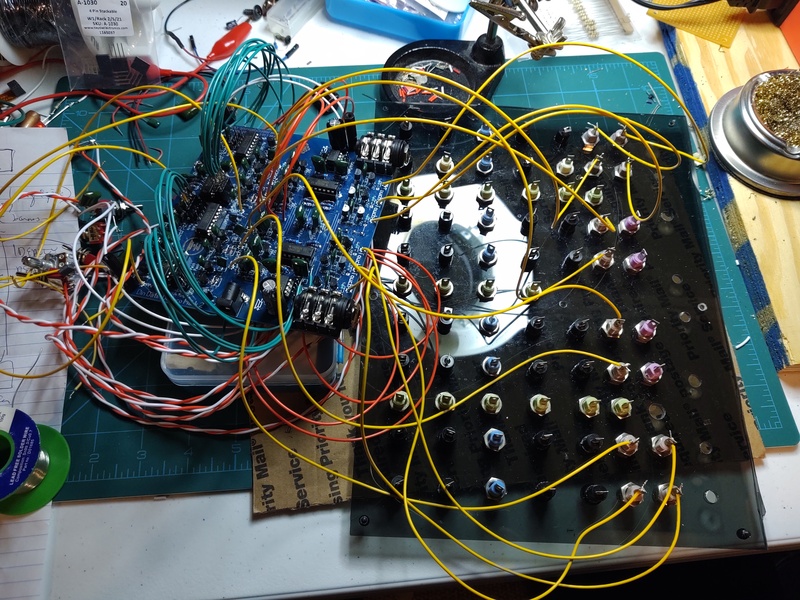 The project was finished up in December of 2019. Modifications include six capacitor selector switches and two potentiometers. The idea for both of these came from mudlogger. 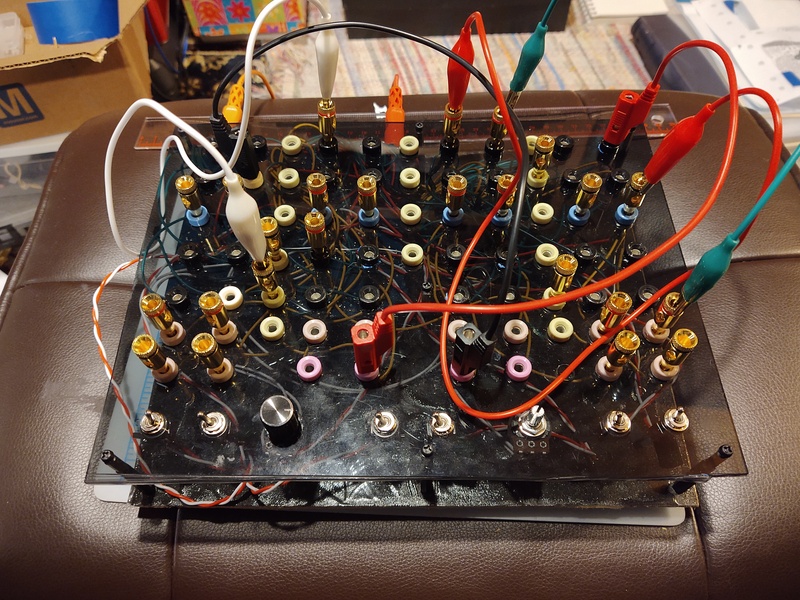